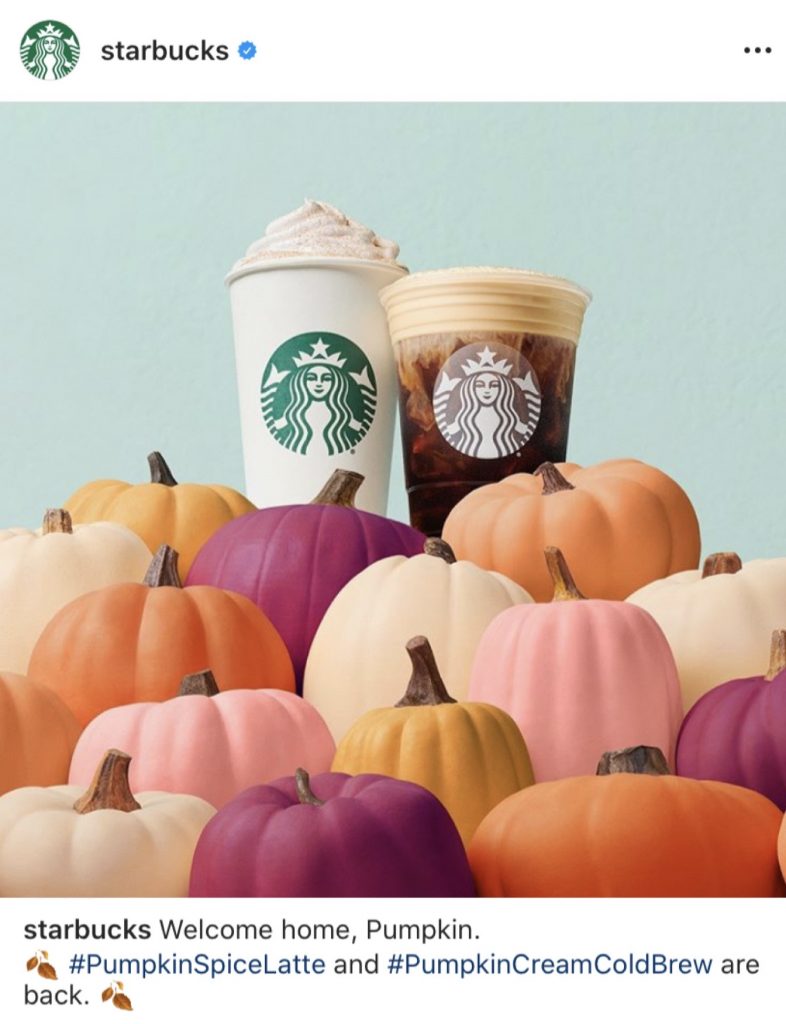 PSL season has officially begun at Starbucks (hooray). On Tuesday, August 25th the coffee giant announced that it was launching its fall menu & the coveted Pumpkin Spice Latte.

The August 25th launch date is the earliest ever recorded return of the PSL. Dunkin’ also launched its fall menu early this year, with the company calling its August 19 debut the chain’s earliest ever launch. While there is so much uncertainty heading into the fall, one thing we can count on is the return of pumpkin spice from our favorite coffee chains. In other words, a particularly stressful and chaotic 2020 prompted the comeback of the beloved drink earlier than ever and we’re definitely not complaining.

We don’t know about you, but this early release seems like a bit of a tease. Once you have a PSL running through your veins, it’s hard not to crave all things fall. The catch is, it’s hard to do fall things (cozy sweaters, warm drinks, playing in the fallen leaves) when it’s still summer and pushing 90 degrees + humidity everyday. But maybe that’s just it. We love fall because of the feeling it brings. It makes you feel cozy, safe and joyful. With all that has happens this past few months, maybe that’s just what we need. The PSL may not have the power to bring on fall itself, but it does have the power to lift our spirits a bit until fall comes around.

Now that fall is in the air (or really just in your morning pick-me-up) let us know what things you look forward to most during this season! And make sure to follow us at @faviana on Instagram for some more mood-boosting content.

Glam & Gowns is a blog curated with content written by authors from Faviana. Here you will get the latest tips and trends on all things fashion, beauty and lifestyle.

Don’t Let “Quarantine 15” Weigh You Down

10 Ways To Practice Self Care At Home

4 slimming tips that are tested to be true

The Perfect Immunity Boosting Smoothie To Start Your Day Off Right!